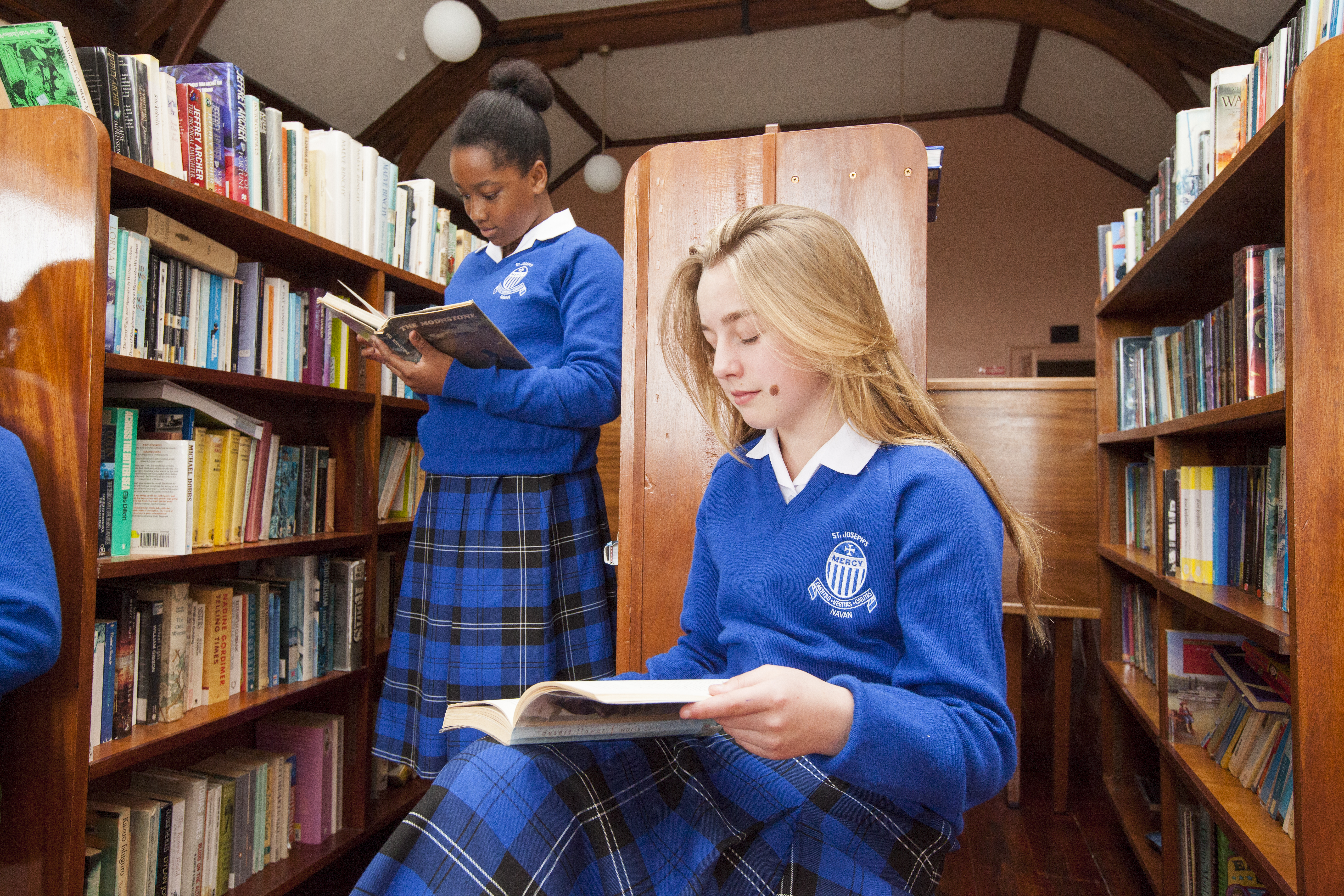 Sr Mary Berchmans Lawlor, to whom our library is dedicated, was a local woman who had attended St Joseph’s as a student. She was born into a farming family near Navan in 1920 and entered the convent on completing her Leaving Certificate. She took the name Berchmans in honour of Saint John Berchmans (1599-1621), the Belgian seminarian who is the patron saint of altar servers.

Sr Berchmans was academic by nature and took a degree in English and Latin at the then National University, and completed her teacher training there. In 1959 she was appointed principal of her alma mater. After retiring from that post in 1973, she devoted herself to the library. Always frail, she become terminally ill and died at the age of 61 in 1981, leaving a legacy that has not been forgotten.

Our library, located in the historic Mount Carmel building, is stocked with a wide range of books specifically designed to entice and engage the reluctant reader. The library is a creative and active learning space that helps to improve literacy levels and also provides a positive school experience for all its students. We provide a range of learning opportunities for both large and small groups as well as individuals.

The school library also serves as a place for students to do independent work, use computers, equipment and research materials. Our library is an important resource available for all year groups. All students are encouraged to visit the library and work closely with the School Librarian, Betty Kerrigan. All students automatically become members of the library when they enrol with the school.